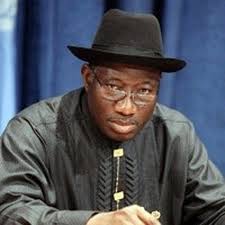 This is not the best time to be a Nigerian. The news emanating daily from the seat of power is enough to depress even the toughest of men and the idlest of women. Nigeria is just a virtual pill that will dampen you mood even when you forget to take your usual dosage.

Recently, the House of Represent-are-thieves (no pun intended) decided to embark on a needless exercise … carry out a public hearing on the Capital market which is yet to recover from a thunderous fall some years ago. Riding on the depth of interest the hapless public had in the Petroleum subsidy probe carried out by the same house in the wake of the January strikes, the committee put the entire hearing live on Television. Chairing was Herman Hembe, the rep from Benue State.

In the course of questioning the Director General of the Securities and Exchange Commisssion (SEC) – Ms Arunma Oteh, the house committee,forgetting it lives in a glass house, decided to throw stones by questioning the competence of the DG to lead the SEC, and some expenditures made by the DG in the course of ‘business’. Now, there are no compliance monitoring of spending guidelines in Government. If a Government official is travelling, the trip must be made at all costs. No bar, no restrictions. If the business class is full, charter and divert another arcraft from another route, that is the default action of most Government officials.

Back to Ms Oteh, she went for broke by accusing the committee of playing dirty because she failed to meet the cash demands made by the committee chairman and members, something in the neighborhood of N44m. Now, that is akin to someone riding on the back of a hungry tiger stroking the belly of the same tiger. The guaranteed destination is the belly. A victory for the people, but a mistake that has since come to roost for Oteh.

Along the line, the house surprised a couple of us by insisting that the accused chairman and his committee should step down from the probe, with another committee now conducting the probe. This came ahead of a planned campaign by some of us, to ask the house to do the needful in that regard.

Documents have since been circulated, that shows that both Oteh and Nembe may have played into the hands of resourceful assistants or shall we say … both are resourceful at using assistants?

Whereas Oteh claims that the house sent her a shopping list, memos leaked from the SEC shows that a ‘forward-thinking’ staff of SEC originated a memo to management to approve a largess, considering the cordial relationship between the House Committee and the SEC , and they will find a way of getting the money to the house committee. Somehow, the amount tallies with the shopping list of Hembe that Oteh divulged as blow meant to be an upper cut. Question is … How did these memos get out of the SEC? Or indeed how did Hembe become aware of these memos? And the Food bills, and the extended accomodation? Certainly Oteh leads a crop of resourceful assistants at the SEC and they are living to fight another day. There cannot be this much smoke without any fire at the SEC!

There are insinuations that Hembe and his cohorts are working in concert with Ndi Okereke-Onyuike, the ebulent lady who was the former DG of the Nigerian Stock exchange, who raised millions of Dollars from corporate Nigeria, in support of Barack Obama’s campaign. She also chaired the board of Transcorp, a company listed on the stock exchange. From the published accounts of the financial transactions in the Stock exchange, she should be at the Maximum security prison. Okereke was sacked by Oteh, and she has since instituted a court case which is typical of most thieves in Nigeria.

Oteh is insisting that this is the second probe of the capital market. In the first probe, Hembe was the Vice Chairman of the house committee that carried out the first probe. Till date, that report is yet to see the light of the day. Since the market collapsed under the watch of Musa Al-Faki as the DG of SEC and not Oteh, surely the house committee’s aggression is misplaced, which is unfortunate because their innocently looking ‘bush meat’ is now the ‘hunter’. Oteh cannot be clean. Nigerian Government officials are like houseflies, decendants of maggots. The offspring of dirt cannot be clean, even if born sterile.

There is enough evidence, like that of Ndidi Elumelu during the power probe, or the acquital of James Ibori (who nominated Oteh in the first instance) by a competent court in Nigeria before he was finally convicted in another country that probably did it to inherit the loot Nigeria did not want, that of Bankole and his assistant that Dino Melaye got spanked for, and many other cases of high profile looting in Nigeria.

The Almighty PDP, the ruling party that just conducted an interesting and equally mood depressing congress, through a shoeless device that was surgical implanted into Nigeria’s main artery by the military surgeon of Owu, may decide that this is another of their family affairs. Theiving Fiefs!!