I woke up to a very Interesting perspective on the “taming of the shrew” and the various diplomatic blunders and brohaha around Naija and the American Embassy in Jerusalem.
As a secular nation, there is no doubt that we are deeply divided along ethnic and religious lines, with deep social, economic and political interests at play.
A couple of issues to tie together the matters, for those who have the time and responsibility to dig deep into the afflictions of Nigeria.

END_OF_DOCUMENT_TOKEN_TO_BE_REPLACED

I think we should put Prof Ishaq Oloyede in Charge of three agencies just like Babatunde Fashola. I have in mind … JAMB, FAAN and NCAA.

Congratulations to the Government of PMB for the progress made in securing the barn, but I am still trying to wrap my hands around where the money is going, considering the fact that the budget is less than 8Tn.

IS Nigeria broke or not? If it is broke, do you know why?

Tell me if you do.

A couple of these killers in Nigeria are cattle Rustlers. 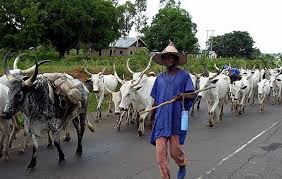 If I had the opportunity to advise the President on the use of ICT to stop these killings, I will propose that we brand cattle with easily identifiable numbers, then later tag them with some RFID technology, but soonest.

In essence, a National Cattle Database. This will equip the police, Vet officials and those who need to know, the means of identifying stolen cattle just like you can now identify fake drugs.

Rustling will reduce extensively, we will be able to create and enforce some form of cattle tax, and probably open a more meaningful dialog for cattle ranching. We will have solved many problems, taking a very small step to start.

We must be pragmatic and stop sulking. We should not under-estimate the economic importance of cattle and its influence on the current level of conflicts in Nigeria today.

Go ahead, tell the President, Thank me later! 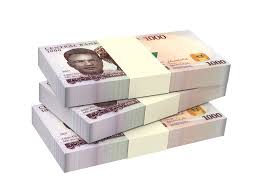 I finally tested Quikcash today, and can report how it works, for those of you out there who do not know. Just go through my notes here, to have an idea.

Quikcash is an instant Cash loan application that does not need data to run on your mobile phone. Think of it, as your lender of last resort. END_OF_DOCUMENT_TOKEN_TO_BE_REPLACED

The Nigeria Communications Commission has finally agreed that it is indeed women who carry pregnancies, and not men. How else can you explain the volte-face on call masking and call refiling? END_OF_DOCUMENT_TOKEN_TO_BE_REPLACED

Facebook Comments
I am sure you are wondering …. what is it with the Senate “House of commotion”?
Bottom line … estranged robbers fighting over their loot and the looting formula.
Where will it all end?
The following chronology should help you understand the brohaha:

END_OF_DOCUMENT_TOKEN_TO_BE_REPLACED

Facebook Comments
Facebook Comments
Let me drop my resolve here, on the documented aggressive adventures of the Honourable Minister of Communications, Barr Adebayo Shittu.
There is still hope for President Muhammodu Buhari, and probably the APC, if the Hon. Minister apologizes for saying Owoyele Sowore is “inconsequential” on air.
Why do I think so?

END_OF_DOCUMENT_TOKEN_TO_BE_REPLACED

The SF’s Practical Guide to Interacting with Atheists

As a Christian, before you confront Atheists, you must understand them clearly, especially their frame of mind and disposition. This short (ok … moderately long) guide will help your interactions.

No man is born an atheist. Atheism evolved from the perverted moral state of man and from his desire to escape from God. It is blind to the natural instincts of man. Think of it, as a woman deliberately copulating with another woman for the thrill, knowing fully well that she cannot sire an offspring (indeed asserting “procreation, my foot”). Such deliberate attempt to ignore the natural tendencies of humans are the precursors to Atheism.

The practical Atheists are the Godless individuals. Those who run their lives wickedly. The ones we can call “Fadeyi Oloro” in Yoruba parlance.

Ps 10:4 describes them … “The wicked, through the pride of his countenance, will not seek after God: God is not in all his thoughts”. They are known to parade their atheism when life is smooth sail but have been know to get on their knees for prayers when their life are suddenly endangered.

The theoretical Atheists on the other hand, are more intellectual and try to justify the assertion that there is no God by rational arguments. Arguments such as “Who was Abel’s Wife?” or “If there is a creator and God is the creator, who created God?”

They are generally rooted in some scientific or philosophical theory. They can be broadly classified further into three, namely Dogmatic atheists, Skeptic atheists and Critical atheists.

1. Dogmatic atheists flatly deny (the fact) that there is a divine being.

2. Skeptic atheists doubt the ability of the human mind to determine whether or not there is a God somewhere. They sometimes look like Deists (those who believe there is a God who created all things, but do not believe in his superintendence and government).

3. Critical atheists however maintain that there is no valid proof of the existence of God.

The most modest (and tolerant) ones among them, will often tell you that belief in God is a delusion. That God is equatable to the spaghetti monster or the great mo-jo-jo-jo of the power-puff girls fame. God to them, is sky-daddy.

My Teacher once told me that If you get to an accident scene on the Nigerian road, classify the victims by the noise they make. Ignore the loud ones, they may have broken bones, but they will be fine. Give more attention to the quiet ones. They are the victims in distress.

When they come after me here (Which they will), you will know them by their posts and its coloration as outlined above. The noisy ones do not need your prayer or your attention. Ignore them. They are simply attention seekers.

The real atheist is the dogmatic atheist. The man who makes the positive assertion that there is no God. The one referred to, in Psalm 14:1 “The fool hath said in his heart, There is no God. They are corrupt, they have done abominable works, there is none that doeth good” Those are the ones that need attention. Those are the perishing souls that need to be rescued. Do not give up when you latch onto one of them.

According to the Fuel consumption Statistics [1] published by the Nigeria Office of Statistics, the average daily consumption of PMS in Nigeria is between 41m and 52m litres per day. This was the statistics in 2016. It means that the total Annual consumption will be 365 x 41m, ie 14,965million litres, or simply put, 15Billion litres per year. The figure has now risen to 55m litres in 2018 [2].

At the current retail price of N145 per litre, it means the total annual expenditure of Nigeria on PMS is N2,169Bn or N2.1Tn. Is is therefore disturbing to read in the news that Nigeria spends N774m daily on fuel subsidy [3]. END_OF_DOCUMENT_TOKEN_TO_BE_REPLACED