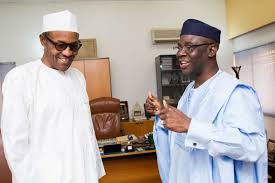 The mainstream media quoted pastor Tunde Bakare of having said … “Anyone who knows the true state of things in Nigeria will weep for the country…. If you truly know the truth, you will weep, if you know how much we are owing as a nation, you will weep. For 16 years of PDP they borrowed N6 trillion, for three years of APC, they borrowed N11 trillion… And they are not going to pay the debt. You and I, and our children, and our children’s children will pay the debt, unless they write them off again.”
Nigerians (including you and I) react viz ….
1. Pastors are supposed to talk about Heaven, not debt
2. Why did he say that?
3. Shouldn’t he have been circumspect?
4. Couldn’t  he have reach PMB privately?
5. You… what is going on?
6. Me … What is the truth?
7. So … lets go there!!
Buhari took over on May 29 2015. If Nigerians stop being lazy, invest a little of the parent-paid education and visit  http://www.dmo.gov.ng/debt-profile/total-public-debts they will find excel sheets that contain the total debt profile of Nigeria on an Annual basis.
This is what I found there:
As at 30th June 2015 – N12.11Tn. 1USD=N196.96
As at 30th Sep 2017- N20.37Tn. No Exchange rate stated
Difference … N8.26Tn
Just recently, $2.5Bn was borrowed. That is N0.9Tn. Do the maths. you should get N9.16Tn.
Pastor Bakare (as reported) was off the mark by 20%.
Those who were at the program where he spoke (Thanks to Funmi Adewola) reported that the pastor quoted Rueben Abati’s article on Dapchi with a caveat that the presidential team needs to respond before perception becomes reality.
Reuben Abati said “And yet whereas the government of the Peoples Democratic Party (PDP) borrowed the sum of N6 trillion over a period of 16 years, the APC government has borrowed more than N11 trillion in 3 years!” — http://saharareporters.com/2018/02/27/dapchi-110-tragedy-nation-reuben-abati
So .. the Press reported the quotation verbatim as you can see, and failed to report the caveat, which actually contains the patriotism to the State, and the advise to the struggling Government in power.
The two sinners in this matter are the press that conveniently wrote headlines to sell their papers, no matter whose mind is incinerated, and the gullible inflammable minds, who swallow the press spews with the hook, the line and sinker.
My advise to those making all the fuss about Bakare:
1. Bakare (by extension Abati) is not 100% correct. Indeed he is 80%. That grade is still an A. Deal with it!
2. If you had invested a little more energy to seek the truth, you will see that you did not need him, to know that **ALL is not WELL”. Get serious!
3. He is very right that perception will soon become reality. Acton it!
4. The argument that pastors should only talk about Hell or was it Heaven is very lazy the exact reason why pastors must teach common sense. Cope with it!
Need I say more?
Facebook Comments Box