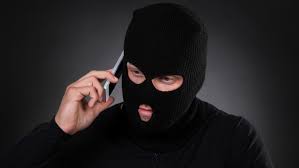 A crime is in progress in the Telecommunications Industry. Unfortunately, some innocent operators are being hounded as the criminals, while the real barons are popping champagne, and smiling at the chaos because they are rich, powerful, connected and can toss the law and communications police the way they like. Sadly, it may degenerate into some technological genocide.

Why are the real criminals not being arrested?

The big folks bring in the money (to the regulator), the small folks are responsible for the innovation. If you want to prosper as a regulator, you do not bite the finger that feeds you.

Is this war a new thing?

No. There will always be this gang war between the established telecommunications providers and the small operators, and the regulator will always be confused about who to side.

Why is the regulator spitting fire?

The regulator (the communications police) does not have an idea of what the crime is. it is confused and has resorted to “ogboju” by chasing the wrong people at the prompting of the barons. https://www.thisdaylive.com/…/ncc-to-revoke-suspend-licenc…/

Why is the regulator confused?

The problem is the age-old problem in Technology and development: “Finding the boundary between Revenue assurance, Innovation and Theft, without challenging the Status Quo, Incumbency and turf protection”. The regulator cannot do its job effectively without planning, Research and Innovation Management. Any other direction is confusion.

Why wouldn’t they ask for help?

They are supposed to be all-knowing and powerful enough to act with the full force of the law. We must not wait for them to ask for help, because they will not ask for help.

First, a crash course in the evolution of telecommunications, so that you see who is fleecing who and how?

Many years ago, Telephone networks were called SS7 circuits. It was analog, It was expensive. Whereas you can spend hours on the phone shouting and repeating yourself because you cannot be heard, communications was a pain. https://en.wikipedia.org/wiki/Signalling_System_No._7

Enter a group of bandits who brought a device called Fascimile, simply known as Fax. With this great device, you can send whole pages to anywhere in the world. A whole industry sprang up in Nigeria. They were called Business Centers!

So … You needed a license to operate a Fax and the regulator was not very forthcoming in issuing such licenses. The Telco upgraded, and finally installed ISDN. Which could support voice and fax. https://en.wikipedia.org/…/Integrated_Services_Digital_Netw…

2. The later thieves of old

With the advent of technology, another band of thieves appeared on the scene. They connected computers to the phone network, using Modems. Now, You could type all that you wanted, and exchange the information on many pages faster than you can read or indeed fax them.

That revolution birthed the Internet in Nigeria and other parts of the world, and those bandits became known as Internet Service Providers.

With the advent of technology, another band of thievnes appeared on the scene. They connected computers to the phone network, using Modems. Now, You could type all that you wanted, and exchange the information on many pages faster than you can read or indeed fax them. es, stealing the revenue of the Telco. The Telco finally went the data route and brought SAT3 into the country, thus becoming a thief of its own service.

That Telco of old – NITEL is dead. Its successors are carrying on, behaving exactly like the behemoth they helped us all kill and bury.

When calls are made from one network to another, the revenue is split between the two networks. There is some form of inter-network settlement at the end of the day. This is where the clearing houses come in. They help assure interconnection and settlement. Any new network just connects to the Interconnect, and has connection to all other existing networks.

One more guy to finger in the heist.

In the olden days, to make International calls, Every call went through the national gateway, which was then sent to Europe or America via Expensive Satellite systems. It was very very expensive to make international calls.

Then came the Internet. Now, the telcos just convert their voice to data, put it on the Internet and it is recovered at the other end, converted back to voice and injected into the telephone network. The problem is that they continued to charge at the International rate, thus providing a business opportunity for innovators.

Bring in the calls from overseas, and re-inject it into the Nigerian phone system, as if it is a local call, to take advantage of the differential rates. The fact that the call is carried over the Internet and re-injected locally is what is called “refilling”. The fact that the phone number shows up as a local number is what is called “Masking”.
https://www.vanguardngr.com/…/call-masking-ncc-says-6-comp…/

This leads to the next question …. Is innovation Theft?

Why is the regulator lazy?

This question is mind-boggling because the Engineering team of the regulator should have made some concrete investigations.

Anyone can procure long distance telephone service on the Internet. Here are some of the services and their rates:

Certainly, the cheaper, the more likely that the service is through some holes in the system.

One finds it hard to believe in this modern age, that the regulator cannot investigate the path of the traffic and nail the refillers who fail to own up to carrying out the act.

Indeed, anyone can investigate how the traffic moves, by just buying one of those services, and placing calls to well-known-Nigerian numbers. These are the possibilities and the interpretation:

1. Call any known operator’s number (say my Airtel Number) using any of the services. Does the caller show up as an Airtel, MTN, Glo or 9Mobile, or some other network? What Phone number?
Trace that particular call back through the networks.

2. Repeat 1, and call numbers in other Networks. Is the calling (originating) number the same?

3. If Yes In 2, then trace through the interconnect clearing houses. It will end up somewhere! That is a small guy, interconnected to just one operator. I receive International calls pretending to be local regularly, and it is always mostly a Glo Number, sometimes MTN number.

4. If No, the guys (fillers) have invested in a lot of equipment and have direct connection to all networks, and so do not have to pass traffic through the clearing houses.

Don’t treat such people as thieves, especially if they are licensed. They are innovators! http://punchng.com/provide-evidence-of-call-masking-atcon-…/

5. What about the staff of the Telcos that help other companies steal from their employers, the telcos by passing calls that are unknown as any form of revenue to the carriers?

What is certain is that the Interconnect clearing houses do not inject calls, it is their clients – the networks that do just that. Whether the revenue is assured or not, is not the business of NCC, it is that of the DSS and EFCC!

What is the fuss?

Right now, it is the people that are losing.They are paying through their noses, and really deserve to enjoy lower call rates.

NCC needs to do some real engineering that ignores innovation and tackles plainly theft (those staff of Telcos that inject calls without their employers knowing), instead of threats and media campaign against the innovators, their licensees. That is the solution to the entire war, and not the hounding of the small carriers and the Clearing houses.

The real crime is that the people pay more, when they should not.