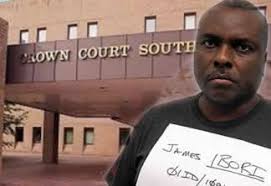 The print and online media is awash with the news that some Ex-convicts in Nigeria have been granted state pardon by the President and Commander in Chief of the Armed forces of Nigeria, Dr. Goodluck Ebele Jonathan, GCFR.

According to Premium Times, the Roll call of the Saints-Not-yet-Triumphant includes:

Alams as he is widely known, was the one who GEJ served as Deputy before his elevation to Governor, and subsequent (s)election as Vice President of Nigeria and eventual catapult to President, upon the death of President Yaradua.

Next is Alhaji Shettima Buluma, former head of Bank of the North who was prosecuted for embezzlement and corruption, which almost sent that great bank to its grave.

There are also some of those who planned a coup against General Sani Abacha of accursed memory. These include General Oladipo Diya, who was recently sighted at public functions warming his way into public reckoning, and the Late General Abdulkareem Adisa (aka Who build this gada?), a one time Minister of Works, who had the fatal accident on one of the major roads he never got around to fix as the Minister of Works.

Those who sing to high heavens that GEJ is working to better the lots of Nigerians will now agree that it is Government of the rogues, by the Rogues for the Rogues, The fight against corruption is lip service, and the EFCC, CCB, etc are drainpipes to our lean National resources. Corruption just moved into the State House as the Senior Special Adviser on Regressive Affairs.

I would appreciate if those close to the seat of Government can please inform our President who is totally disconnected from the people now, that the list of those pardoned is incomplete, because the likes of Banker Cecilia Ibru, Supercop Tafa Balogun, Alhaji Maina Pension etc should be pardoned, so that GEJ and PDP can get more votes in 2015. At least that is all that matters.

Finally, the President can absolutely show that he is using his God-given power judiciously, by going ahead to issue a special decree to grant a “British Pardon” to James Onanefe Ibori. That is the only assurance that Deltans will vote for GEJ come 2015.

In fact, why have prisons? Best to throw the gates open and legalize crime!

Nigeria we hail thee! … What a Country!!