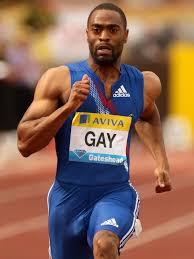 What will you do next?

Ask my wife who fathered my kids?

Prompt her to divorce me?

Ask my pastor to de-church me?

Ask my father to de-Son me?

Remind me of Sodom and Gomorrah?

Didn’t Jesus tell we Christians what to do in John 8:4-9?

……4 they said to Him, “Teacher, this woman has been caught in adultery, in the very act. 5“Now in the Law Moses commanded us to stone such women; what then do You say?” 6They were saying this, testing Him, so that they might have grounds for accusing Him. But Jesus stooped down and with His finger wrote on the ground. 7But when they persisted in asking Him, He straightened up, and said to them, “He who is without sin among you, let him be the first to throw a stone at her.”…

So you support the Law because you are a Christian and they – Gays, Lesbians and Transgenders will go to Hell eh? Can you still counting on your fingers, the pastors who have impregnated their parishioners and you kept mute? or those who continue to bathe the barren ones in lonely streams and you turn a blind eye? Are they coasting to heaven?

And did the American Soldiers not report a large trove of Pornographic materials when they hit Osama bin Ladin in that his Pakistani hideout? Where is Governor-turned Senator Yerima’s Sharia law? It is a no-brainer that the Sharia states in Nigeria still rank high in Robbery and prostitution. Now, as the icing on the cake, they are stoning alleged Gays to death, without a decent trial, if indeed it is a crime.

Very soon, the Nigerian Police will start arresting and extorting money from two or more gentlemen riding in the same car, because they must be gay. At least our politicians have now found some more food for the boys.

As Nigerians, whether Christian or Muslim, our Hypocrisy and double standards stinks, and it is the real reason for the abundance of sin and under-development separating us from the earthy and of course, the Heavenly paradise, not the Gays and Lesbians.

The Politicians have just given all you religious bigots a reason to hate your fellow Nigerians who are in the Minority, while they coast into another victory, riding on the religious and moral intolerance in all of you. As for me, I will not be fooled. This is where I stand – Hating them will not take you to Heaven.

Good luck to you if you don’t know where you stand or you choose to stand where your Represent-a-thief or Sin-ator says!