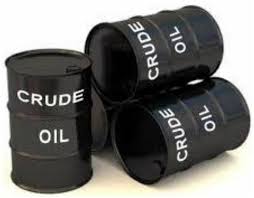 Foremost, if you have participated in milking the Nigerian cow comatose, you better start looking for citizenship elsewhere because you cannot be saved from the impending crisis that will engulf Nigeria. Yes, you heard it here, even your family will not and cannot escape the crisis. It will be worse than Boko Haram, here is why:

According to Citigroup report Nigeria along with Angola is beginning to feel the impact of the United States oil production surge. United States imports from the two countries dropped to 700,000 barrels a day at the end of 2012 from 1.6 million barrels in 2007. Citigroup forecasts that by the end of 2013, the demand for Nigerian oil at its refineries could entirely dry up. Our minister of petroleum alluded to this difficulty recently.

The shortfall in purchases is forcing Nigeria to shop for buyers for her Brent crude. In December 2012 production output in North Dakota, Ohio and Pennsylvania totaled 1.5 million barrels of oil a day. Reports show those totals to be more than Iranian daily exports. In the same breadth, China overtook the United States on crude consumption. While these data brings good news to the U.S, it signals dangerous consequences including the risk of civil unrest in countries heavily dependent on oil exports like Nigeria.

Unfortunately for Nigeria and the OPEC nations, America’s energy boom has just begun. The U.S has incentive to produce more because its economic security is directly related to cheap and available energy. New drilling technologies like fracking has opened vast domestic oil and natural gas reserves to production. America is also investing in alternative energy sources in addition to improvements in energy efficiency in automobiles, homes and corporations. Nigeria should have seen this coming but stealing blinds the eye and corruption sedates the brain.

Americans reacted badly to the global financial meltdown of 2007-2008. Household wealth locked mainly in home values evaporated, credit became tight and household debt ballooned as unemployment rose. Citizens started trading in trucks for smaller fuel efficient cars. Hybrids and flexfuel cars gained traction. Domestic consumption of everything plunged, with Americans adjusting o new economic realities overnight. In that time frame, crude oil was selling at over $100 a barrel, Nigeria went drunk and her leaders has nothing to show for billions of dollars in oil sales in terms of infrastructure except fat foreign accounts filled with stolen funds.

Unlike Nigeria, Angola has continued to invest in massive infrastructural development and commitment to developing other sources of revenue. Nigeria is not alone in this dance of the deaf. Iran is finding out contrary to its thinking that fear of oil price surge will prevent the United States from orchestrating a United Nations imposed sanctions on the country for its ambitious nuclear program. Sanctions were imposed and it stuck; prices did not surge.

Increased production from America, Libya and Iraq stabilized oil prices. Lesson for Nigeria? Yet to come. Sadly, Nigeria is dependent on high energy prices to balance its budget, a budget neck deep in deficit financing in excess of 2% of GDP and coupled with stratospheric internal borrowing. We all recall the fight over raising the budget benchmark for crude from $75 to $82.

The sad truth is; Nigeria needs a higher benchmark price for crude to meet budgetary demands or the government would be forced to increase output or reduce spending. You can ask, what spending? Do they ever spend on anything? Yes, they do. Seventy percent of Nigeria’s expenditure goes to maintaining a bloated and corrupt civil service whose only job is to help the politicians loot and to pay the ginormous entitlements of political office holders. No one currently has the political capital to embark on reforms that can rescue Nigeria. Job cuts will be resisted by labor unions and the gluttonous entitlement package of our legislators will never be cut until it is glaring that Nigeria is fully prostrate. The elite political class is there to enrich itself and not to advance Nigeria fair. They cannot be trusted to do the country right.

The only alternative is subsidy withdrawal and that is GUARANTEED to trigger massive unrest and civil disobedience not only because it is fraudulent; Nigerians also know that the gains will be stolen. For a nation who is poor by all known measures except foreign receipts from oil, given to fire brigade measures, escalating population, voodoo statistics and incongruent policies, what next? Decreasing oil prices is Nigeria’s destiny. It is a matter of time. The scenarios are not amusing. Here they are:

1. U.S. production expands and Iraq continues to gains momentum U.S. production could expand and increase global spare capacity. If that happens at some point, OPEC will lose price control and oil prices would drop. After decades of crippling sanctions and a devastating war, Iraq is closely following the United States as the second fastest oil producing country adding over 500,000 barrels per day to global oil supplies. Iraq need the oil receipts for post war rebuilding. Who will stop them? Some other countries like Ghana are discovering oil, these developments are guaranteed to push up the global space capacity and depress oil prices. While production surges in these countries, Nigeria is at peak oil and is blessed with a lootocratic NNPC.

2. OPEC disintegrates Saudi Arabia is the crazy glue that holds OPEC together. According to the IMF, Saudi Arabia with its vast reserves of oil needs $71 a barrel to meet its budget. With its own restive and burgeoning youth population demanding more, Saudi’s threat to exceed its quota and bring down prices to punish wayward OPEC members is increasingly difficult. If spare capacity increases, how long will Saudi be able to discipline members who exceeds quota? If quota rules are violated, prices will drop and $70 per barrel oil will be here. For a country that did nothing with oil receipts for over forty years; what will happen?

3. Tepid Growth in China There are sufficient indications that economic growth is slowing in China. Last week, Citigroup released a report that sees a pattern similar to the sudden slowdown in demand growth of the Asian Tigers in the 1990s. Chinese demand growth has slowed to a 3-5 percent rate compared to the double-digit growth of the early 2000s. In addition to slow growth, Chinese wages are going up by about 20% year over year. China’s wage complex as a competitive advantage to the U,S is diminishing fast. There are signs that China is not as manipulative of its currency as it used to be. Nigerians should worry more. The country is in more trouble than the leaders let on, they are more interested in fortifying themselves in readiness for Nigeria’s eventual disintegration.

For Nigeria, the consequences of increasing U.S. production and reduced sales from OPEC is dire. Declining oil revenue will have disruptive effects and Nigeria’s stability is under threat. The impending catastrophe is worse than Boko Haram. With ongoing oil theft and expected return to militancy when Jonathan leaves office, Nigeria will hardly be able to improve beyond 2.5million barrels per day. Internally, increasing population will consume more energy.

The foreign reserves left by the Obasanjo Administration has been misappropriated. Since 2008, Nigeria has been unable to accrue reserves in Excess Crude Account and its sibling the the Sovereign Wealth Fund. We are all witnesses to fights between the Governors and the Federal Executives over the need to drawdown the ECA and SWF to augment state revenues. The gains of our debt liquidation by the Obasanjo regime has been rolled back. Borrowing is escalating locally and internationally. Welcome to the new reality. Our profligate past and thieving elites are priming Nigeria for disintegration. We are in!