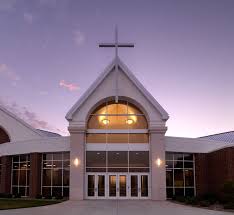 According to Karl Max, the German economist and communist political phylosopher … religion is the Opium of the masses. Paraphrased .. “Religion is the sigh of the oppressed creature, the heart of a heartless world, just as it is the spirit of a spiritless situation. It is the opium of the people.” This means that as people become more oppressed, they turn to religion as their hope for liberation from their oppressors.

The Church should be a Socialist movement. At least that is what I was taught from youth. The money of the church should be used for the benefit of every church member. Those with a lot of assets should dispose off what is not needed, and help those who have too little.

In the book of the Acts of the Apostles chapter 4:32, the first followers of Jesus (aka Christians) did not consider their possessions to be their own, but they had all things in common to use what they had on behalf of those in want. Barnabas a Levite from Cyprus, sold a plot of land and donated the profit to the apostles. Communists!

In Chapter 5 of the same book, Ananias and Sapphira, following Barnabas’ example but not willing to give all, also sold their land but withheld a portion of the sales. Ananias presented his donation to Peter claiming that it was the entire amount. Peter rebuked Ananias for lying about the proceeeds and keeping a part to himself, that Ananias had not only lied to Peter, but also to God. Ananias died on the spot and was carried out. As a result, everyone who heard the incident feared the Lord. Three hours after Ananias’ death his wife told the same lie and also fell dead. Capitalists!

With the level of corruption and institutionalized poverty in Nigeria, the Church is supposed to provide succour to the people. Now, if the church happens to be the oppressor, the people will still turn to religion for salvation from the church, which means that they will become perpetually ensnared and enslaved. Double Jeopardy!

The Church is now a business concern, much more involved in real estate, aviation, investments, promotions, and sometimes, beauty competitions. Gone are the days that the church dished out education to the children of the indigent, especially the pheasants. This is now left to the likes of Oprah, especially with her education project in South Africa. No church has a similar scheme.

Today, there are Universities-a-Dozen, belonging to missions. Members and Priests who have laboured or are labouring in the Lord’s vine yard cannot send their Children to the church’s own University. That they will be able to afford to fly in the church’s airline is a dream, or for that matter, vacation in the church’s ocean liner.  This is bad investment for the millions who throng weekly to invest their hard-earned money in God’s own business. Why is God this linient with His own Managers-gone-gaga?

There is no shortage of oppression in the name of God. Very many members troop to churches, not knowing where the next meal will come, whereas the Church owners and managers live in opulence and splendor. If commercial travel starts to the moon next year, Nigerian Churches will be the first to invest in real estate on the moon. They have the money, the resources, the zeal and the foresight to do this.

The Church is supposed to be a vehicle for bringing people to know God. A constant reminder that man is feeble and short of God’s glory. People should experience the saving grace and abundance of God mercies within the Church. With the level of fleecing and visible oppression today, the church is at best a guaranteed one way ticket, on the shortest ride to hell. Have you bought your own ticket?