The SF’s Practical Guide to Interacting with Atheists

As a Christian, before you confront Atheists, you must understand them clearly, especially their frame of mind and disposition. This short (ok … moderately long) guide will help your interactions.

No man is born an atheist. Atheism evolved from the perverted moral state of man and from his desire to escape from God. It is blind to the natural instincts of man. Think of it, as a woman deliberately copulating with another woman for the thrill, knowing fully well that she cannot sire an offspring (indeed asserting “procreation, my foot”). Such deliberate attempt to ignore the natural tendencies of humans are the precursors to Atheism.

The practical Atheists are the Godless individuals. Those who run their lives wickedly. The ones we can call “Fadeyi Oloro” in Yoruba parlance.

Ps 10:4 describes them … “The wicked, through the pride of his countenance, will not seek after God: God is not in all his thoughts”. They are known to parade their atheism when life is smooth sail but have been know to get on their knees for prayers when their life are suddenly endangered.

The theoretical Atheists on the other hand, are more intellectual and try to justify the assertion that there is no God by rational arguments. Arguments such as “Who was Abel’s Wife?” or “If there is a creator and God is the creator, who created God?”

They are generally rooted in some scientific or philosophical theory. They can be broadly classified further into three, namely Dogmatic atheists, Skeptic atheists and Critical atheists.

1. Dogmatic atheists flatly deny (the fact) that there is a divine being.

2. Skeptic atheists doubt the ability of the human mind to determine whether or not there is a God somewhere. They sometimes look like Deists (those who believe there is a God who created all things, but do not believe in his superintendence and government).

3. Critical atheists however maintain that there is no valid proof of the existence of God.

The most modest (and tolerant) ones among them, will often tell you that belief in God is a delusion. That God is equatable to the spaghetti monster or the great mo-jo-jo-jo of the power-puff girls fame. God to them, is sky-daddy.

My Teacher once told me that If you get to an accident scene on the Nigerian road, classify the victims by the noise they make. Ignore the loud ones, they may have broken bones, but they will be fine. Give more attention to the quiet ones. They are the victims in distress.

When they come after me here (Which they will), you will know them by their posts and its coloration as outlined above. The noisy ones do not need your prayer or your attention. Ignore them. They are simply attention seekers.

The real atheist is the dogmatic atheist. The man who makes the positive assertion that there is no God. The one referred to, in Psalm 14:1 “The fool hath said in his heart, There is no God. They are corrupt, they have done abominable works, there is none that doeth good” Those are the ones that need attention. Those are the perishing souls that need to be rescued. Do not give up when you latch onto one of them. 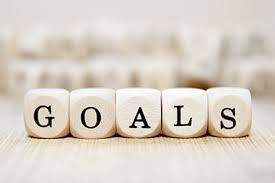 Whether we make formal New Year’s resolutions or not, most of us find the beginning of the new year to be a time of reflection about what has passed and what we want to achieve because that we have a “fresh start”. END_OF_DOCUMENT_TOKEN_TO_BE_REPLACED