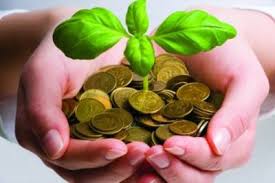 The future of entrepreneurship in Nigeria would have been bleak, if not for a few people who are committed to systematically aiding and raising the future generation by way of internship, mentoring, capacity building and development.
A lot of the rich, I mean rich businessmen and women in Nigeria today, have no story regarding their hustle and sweat to become rich. Indeed they do not have a story to tell because their wealth is a product of corruption. If you ask them how they made it, they will say “Na God”.
In those instances that God lifted people from the depth of poverty to the height of riches, there were identifiable stories, such as 1 Kings 17:8-16:
Then the word of the Lord came to him, saying, 9 “Arise, go to Zarephath, which belongs to Sidon, and dwell there. See, I have commanded a widow there to provide for you.” 10 So he arose and went to Zarephath. And when he came to the gate of the city, indeed a widow was there gathering sticks. And he called to her and said, “Please bring me a little water in a cup, that I may drink.” 11 And as she was going to get it, he called to her and said, “Please bring me a morsel of bread in your hand.”
12 So she said, “As the Lord your God lives, I do not have bread, only a handful of flour in a bin, and a little oil in a jar; and see, I am gathering a couple of sticks that I may go in and prepare it for myself and my son, that we may eat it, and die.”
13 And Elijah said to her, “Do not fear; go and do as you have said, but make me a small cake from it first, and bring it to me; and afterward make some for yourself and your son. 14 For thus says the Lord God of Israel: ‘The bin of flour shall not be used up, nor shall the jar of oil run dry, until the day the Lord sends rain on the earth.’”
15 So she went away and did according to the word of Elijah; and she and he and her household ate for many days. 16 The bin of flour was not used up, nor did the jar of oil run dry, according to the word of the Lord which He spoke by Elijah.

If you however have no story to tell, except to deal in graft and its associated vices, it is never too late to turn a new leaf.

My prayer for you today, is that your business will flourish and you will be able to tell the story, and help the coming generation to be genuinely like you.
If you have a story to tell, remain steadfast. Virtue has its own reward. You shall reap, if you do not faint.
God bless you.
Facebook Comments Box